touching on many issues from infrastructure investments to public transportation, from TOKİ residences to Orduspor throughout the meeting, the highlights of President Yılmaz’s statements are as follows:

“3 NEW OSB IS ESTABLISHED” Ordu has been included in the 2017 investment program with 3 new organized industrial zones to be established in Altınordu, Ünye and Fatsa districts. We will expropriate a total of 160 million TL for the establishment of OIZs. “HOT ASPHALT WORKS BEGIN IN CITY CENTERS” We have to be patient in infrastructure works. We do not make populist politics. We have now completed our works at the level of 50% in Altınordu, Ünye and Fatsa district centers. We plan to complete it completely in August. In places where infrastructure work has ended, we will start hot asphalt works with the spring months.

“COASE REGULATION WORKS CONTINUE” Our work on the construction of vehicle, pedestrian and bicycle paths between Governor’s Mansion and Soy Junction in Altınordu district continues. We will complete our work between Rıhtım and Kaykay Park within 6 months after the tenders are made. “PEDITIZATION AND EXTERIOR WORKS” We went for a renovation in the project related to Süleyman Felek Street. We will complete the facade improvement and pedestrian road works, which we wi

ll do together, within 6 months after the tender. Within the scope of the tender to be held on March 10, we will implement exterior improvement projects for 185 buildings in Ünye, 163 buildings in Fatsa and 225 more buildings in Altınordu district.

we will provide public transportation services with 10 big buses, 25 half buses and 105 minibuses for 18 people. We plan to commission the buses in June and to switch to a completely new system in September.

“AVERAGE WAS 107 CM SNOW THICKNESS” We carried out our work with 233 vehicles and 300 personnel in our province, where the average snow thickness reached 107 cm with heavy snowfalls. With the favorable weather conditions, most of the snow has melted, but there is still snow in our high districts and our teams continue to work there. In this process, we have worked hard especially on patients and funerals.

On the roads of strategic importance throughout our province, that is, transportation routes to hospitals, schools, public buildings, minibus routes, etc. we used a total of 2 thousand tons of salt by making continuous salting work. “ŞEHİR HOSPITAL WILL BE THE HOSPITAL OF THE REGION” The statement of our Minister of Health, Mr. Recep Akdağ, during his visit to our city, that a city hospital will be built in our army,

made us happy. Veysel Eroğlu, our Minister of Forestry and Water Affairs, and Recep Akdağ, our Minister of Health, organize an intense program every time they come to our city. Both of our Ministers are leaving our province with very detailed studies. In this direction, our Minister of Health, Mr. Akdağ, stated that the project of the 800-bed city hospital will be ready in a short time. The hospital, which will be built on 76 decares of land on the campus of Ordu University,

is planned to be completed within 2.5 years. With this hospital, the demand of all districts, mainly Altınordu, Ünye and Fatsa districts, will be met. “WE MADE 304 KM OF HOT ASPHALT” Our hot asphalt works continue non-stop. In the process we left behind, we applied 304 km of hot asphalt. Especially since most of the infrastructure of Altınordu and Fatsa districts will be finished, this year will be the final year for both of our districts in terms of roads. In a three-year period,

We spent 277 million TL for all these investments. “SHOPPING MALL PROJECT WILL BE THE BEAUTIFUL OF OUR REGION” We realized the tender for the “Ordu Park Shopping Center Project”, which Ordu has been waiting for for years.

The Mall Project, which will cost 175 million TL, will be built by the contractor company without any money coming out of the city’s coffers. At the end of 30 years, the shopping mall will remain with our Metropolitan Municipality and a rental income of 130 million TL will be obtained.

The shopping mall, which is predicted to be visited by 10 million people every year, will also serve cities such as Samsun, Trabzon and Giresun in addition to Ordu. The working area of ​​our Metropolitan Municipality in the current area will be moved to the area in Efirli, which is under preparation.

The Shopping Mall Project, which will be put into service in 2018, will be built on 43 acres of 65 decares of land in the Metropolitan Municipality Durugol campus. There will be an indoor parking lot for 1,000 vehicles on the ground floor of the shopping mall, which has a 100-person convention center. The shopping mall, which will have 43 thousand square meters of leasable area, 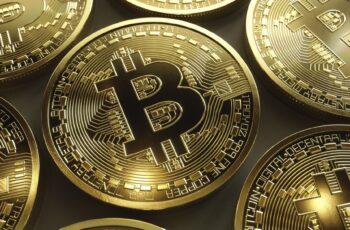 Max Keiser is understood for predicting a few correct things. … 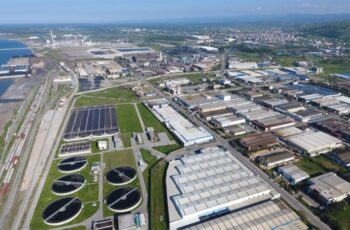 With 3 new organized industrial zones to be established in …