students developed a model airplane that can instantly transmit the situation to the center by analyzing the images recorded by the camera in disasters such as earthquakes, fires and floods.Three students, who were educated in different schools in Yalova and were also trained in Atatürk BİLSEM, made a new design using artificial intelligence technology to be used in disasters by taking the model airplane construction, which they were engaged in as a hobby, one step further.

The developed model aircraft was equipped with the ability to instantly transmit the images recorded by the camera on it, possible fire and flood situations, and damage after the earthquake to the relevant institutions.

The students who will participate in the TEKNOFEST Aviation, Space and Technology Festival, which will be held in Istanbul on September 21-26, want this model aircraft to be used for the benefit of humanity with mass production in the future.

Koray Özdemir, an information technologies teacher who was the coordinator of the project, told Anadolu Agency (AA) that his students had been interested in model airplane construction for a while, and this year they wanted to take it one step further, so they turned it into a project.

Later this summer, fires were being fought in many parts of our country. They came up with the thought, ‘Can we adapt this to fires,’.

They saw that it could be used successfully for that purpose. The aircraft instantly reports fire hazards or damaged buildings.” he said.Explaining that they later presented the project to TEKNOFEST and that they left two evaluation stages behind, Özdemir said: “Our students’ project made it to the finals. They will also compete at TEKNOFEST next week. I hope they will be successful. We are ready to compete now.

Their trials are successful. Of course, it is a project open to development. It can also be used for other natural disasters in the future. There are studies of our students on autonomous flight.

Then, if we can achieve our goals, we want to make autonomous driving completely controlled by artificial intelligence and participate in international competitions.

” THEY HAVE CREATED A PROJECT FROM THE MODEL AIRCRAFT THAT THEY STARTED FOR HOBBY One of the students, Muhammed Alihafızoğlu, who stated that he had a passion for airplanes since his childhood, said that he has been working on this at BİLSEM for about 7 years. Emphasizing that the idea of ​​participating in the competition was born and that they developed the model aircraft, Alihafızoğlu said: ”

One of the tasks of our model aircraft is to detect damaged structures and notify us.

It can be used in fires or floods and search and rescue studies with the normal and thermal camera attached to it.

The artificial intelligence system classifies the photos taken by the camera behind the aircraft as ‘damaged’ or ‘undamaged’ and notifies you. I think the aircraft is very open to development.

I hope we will develop the aircraft further with the autonomous system that will be available soon.

I hope we will go to the TEKNOFEST final and we are very excited. Even if we do not come first in the competition, I hope we will do good for the country and the nation.

” Muhammed Tuğrul Hotyüz, a student in charge of the project, stated that he had done various projects on disasters before, and said, “We were impressed by Selçuk Bayraktar’s videos. He also started with this type of aircraft. Those images inspired us. We made this project to help people and change things. Our dream is to one day have it used in mass production.”

shared his knowledge. Talha Yurtseven, one of the students, explained that they applied to TEKNOFEST because they wanted to take the model airplane design, which they started as a hobby, to the next level.

Yurtseven said, “Since we started with a hobby, we didn’t think we should participate in the competition and become finalists. After passing in the first round, they came back with a good score.

After we went to the second round, we made our model plane better. After returning from there with a good score, we became the finalists. Now we go and get a good score. “We want to do things and come back.

Our model plane is a bit cheap but functional. It has become so that we can use it in any disaster, in any situation. We printed the skeleton parts with a 3D printer.” used the phrases. 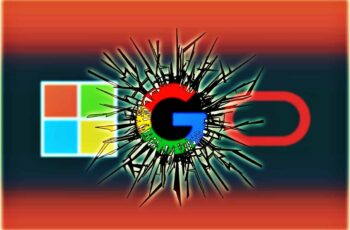 Twitter is undergoing a big change. The popular platform recently …